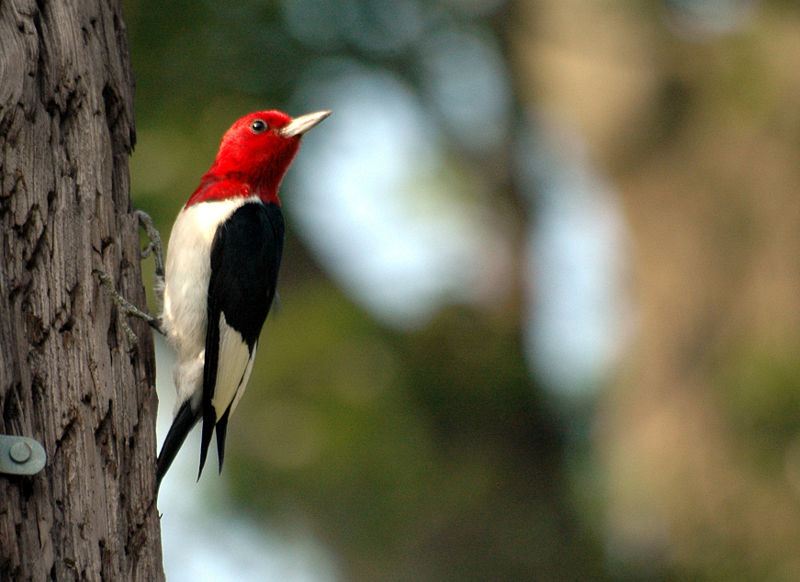 This image, which was originally posted to Flickr.com, was uploaded to Commons using Flickr upload bot on 02:37, 27 May 2008 (UTC) by Dysmorodrepanis.

This is a story about birds, mostly. It’s about Iowa kids and about going back to Iowa – – – this time to attend the funeral of my younger brother, John. It was a time to see the physical transformation of old haunts (mostly for the worst); and a time to see old friends and relatives, also transformed physically, and sometimes barely recognizable.

Out of it there were some pleasurable remembrances, reacquaintances and new introductions – – – all of which suggested I might, after all, be able to go home again, if that were an allowable option. That tug was especially strong upon considering where I might want to go for my own final resting place.

And the place I would choose is at Vandalia, just east of Des Moines, where there is an old country cemetery where many of Dad’s side of the family are buried. I’d pick this place because it’s somewhat sacred to me and near the site of one of my earliest, fondest memories of a visit to the country to see friends of my Grandad. This was around 1945 and I was about 5. They lived in a trailer on a wooded ridge above the Des Moines River. It was a beautiful, sunny morning. Brightly-colored chickens roamed around their “yard”.  This was my sense of an Eden. But it was the wild birds of my childhood homeland that mostly welcomed me back and birds were the highlight of my brief visitation. It sounds anti-social, I know, but it’s honest and real and powerful. This is my unchanging connection to my earlier, most intense life period and my homeland – – – and in that sense it is coming home to my core being and to those who peopled it then, as well.

For the Birds – If you don’t love birds, you had better wish to be reincarnated for another opportunity to make up for that void. While in Iowa, I spent the nights and daytime mostly with my sister, Elaine, and partner, Randy. They live just outside the small farming town of Perry, west of Des Moines. Theirs is a quiet place in the country with a large backyard bordering on a wooded ravine. Their backyard is their entertainment center. They feed and enjoy a smorgasbord of Iowa birds, and are accompanied by their cat, Patches, who has a front row seat to this “bird T.V.”, as Elaine calls it. In addition to bird seed, their menagerie gets suet, peanut butter and grape jelly.

What was striking about the Iowa birds was the crisp, bright colors of their plumage – – – the Red-Headed Woodpecker, Cardinal, Blue Jay and others. I’d forgotten how beautiful they were. I left Iowa for the Northwest largely due to the lure of intriguing, new species, but not realizing what I’d be leaving behind. Seeing these birds buoyed my spirit. Now I’m wondering if I should move back. Despite the impracticality of that, I felt a surprising reassurance that it was possible to go home again.

I’ve written previously about the Cardinal, Flicker and Grosbeak. I thought I’d pick one other from the list to tell about in connection with my boyhood and earliest memories from over 60 years ago. I picked the Red-Headed Woodpecker.

This is a bird, like the Cardinal, of improbable, spectacular beauty. Unlike the Cardinal, and contrary to the rule in the bird world, the difference between male and female is indiscernible, and you wonder how even they can tell the difference. The head is a brilliant red and sharply delineated from the bright, white breast, coal-black upper back and tail, but with a large white patch in the lower wings, which flashes almost startlingly when the Woodpecker takes flight. Regal would be the word for this Robin-sized, aloof bird.

Who can explain the coloration of this bird? There is no muted, protective color pattern to disguise the female on the nest; but then, they nest out-of-sight in a cavity of their own making. If anything was going to attack them out in the open, they couldn’t be more conspicuous. Ninety percent of the time the Red-Head is seen clinging to a naked, dead tree limb, and occasionally darting out to snatch a hapless bug on the wing. As a small boy, I used to see them frequently near the home where I was raised, actually above my father’s restaurant at 521 S.E. 18th Street. It’s not there anymore. Can’t go back there.

The exact place where I saw these memorable Woodpeckers was in a large dead tree in the yard of an abandoned and gutted, old brown house about 4 blocks away, diagonally, and across the railroad track from the restaurant. As I came to find out, it had been the home of my mother, her mother, brother and sister at the time she first met my dad. That dead tree was always full of life – – – full of Woodpeckers, indescribably beautiful and hauntingly primeval. Some time ago I heard that the Red-Headed Woodpecker is in decline. What isn’t? GK